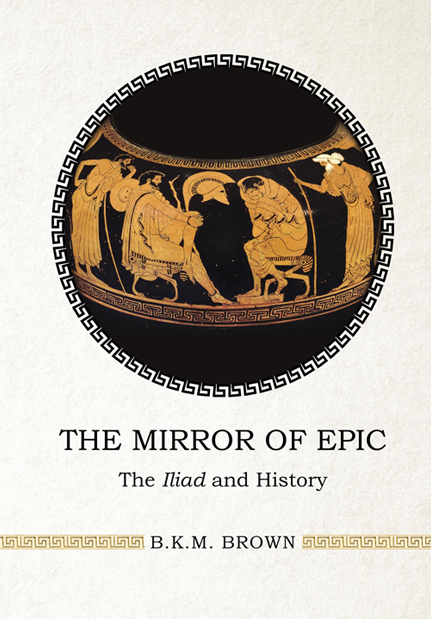 The Mirror of Epic
The Iliad and History

In order to treat the Iliad as historical evidence one must first consider the interpretative implications of its performance as an historical event. Combining Bourdieu’s theory of practice with Baudrillard’s concept of symbolic exchange, Brown approaches the Iliad as the trace of a historically motivated speech act whose ritual function was to distil new social possibilities from the context of its performance. In its narrative performance the Iliad charts a passage from stasis to funerary agon giving shape to emergent discourses about value and subjectivity. In essence an aetiological narrative, whose performance realizes what it utters, the Iliad, Brown argues, stages the foundation of political society.

The Mirror of Epic Reviews

“Brown takes Homeric epic seriously as an active component - rather than a mere passive reflection - of history, and thereby opens up a new space for Homeric interpretation in which historicism acquires an unusual degree of coherence with sophisticated theoretical poetics.”

“In this rich and deeply researched study, Brown provides the most sophisticated and convincing analysis to date of the mutual shaping of Greek epic and society. By taking seriously the Iliad as a form of “active social praxis” he moves beyond the usual limits of literary interpretation, as he traces connections between the evolution of the city-state and the imagined (or stylized) institutions that support the poem’s narrative arc. With meticulous philology, Brown teases out the system underlying concepts of value, honor, and exchange; demonstrates that the Iliad’s  core dispute involves an attempt to muddy the distinction between deserved-honor and gift-bestowal; brilliantly applies the evidence of law and forensic oratory to the problem of distributing goods; and reads the climactic funeral games of Book 23 in a completely novel way. The Mirror of Epic is the most challenging and thoughtful interpretation of the Iliad we are likely to see for decades.”